Our three football teams are competing hard in the Intermediate Sport Competition at Hagley Park each Tuesday. Our boys teams are coached by Mr Leith, Mr Pitt and our girls team by Miss Mordue. Catch up on last weeks reports from our captains.

Casebrook A v Cobham A

In the first half we played very well, probably making the best chances of the half, but we couldn't quite convert. With the score being 0-0 at half time, we were still in it.

Our good passing opened up their great defence a few times in the second half and had Cobham a bit worried. With a few minutes to go the game was still in the balance and the score was still 0-0. But when an awesome corner came in by Cobham we couldn't keep out a powerful header from a few metres out.

We were still in the game after that goal, but it was going to be pretty hard to come back and when Cobham got a break away, Hugh, our keeper who had played very well in his keeping half had no chance of saving it and that put the game beyond doubt.

That ended up being the final goal of the game with the score finishing, 2-0. Luckily the game finished just as the downpour started. We played very well but sadly lost it in the final few minutes. It was a great game and Cobham deserved it.

Player of the match went to Angus McIntyre

Casebrook B vs Cobham D

The Casebrook team played very well, they were making some amazing passes and moving into the spaces. Our goalies, Blake and Jayden pulled off some great saves and both were calling for the ball and coming out so the defenders knew when to leave the ball for them.

The defenders, Josh, Luke Chilvers and Luke Carville were tracking back and putting their bodies on the line to block shots. Their tackles were fair but hard.

Our midfielders were getting the ball up the pitch fast and putting some good crosses in for the strikers who would take one touch and shoot. Unfortunately we only converted one of these into a goal. Our midfielders include Noel, Liam, Caleb, Petrum and Jack. Strikers; Luka and Aki were taking lots of shots and calling for the ball.

We don’t know who would have won the game because it was called off due to the hail and rain. The score was 2-1 to Cobham D when it was cancelled.

Player of the match went to Luke Carville.

This article was written by Luke Carville, (Captain) and Liam Sawyer, (Vice Captain). 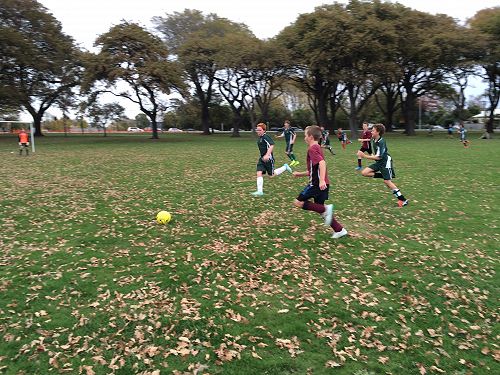 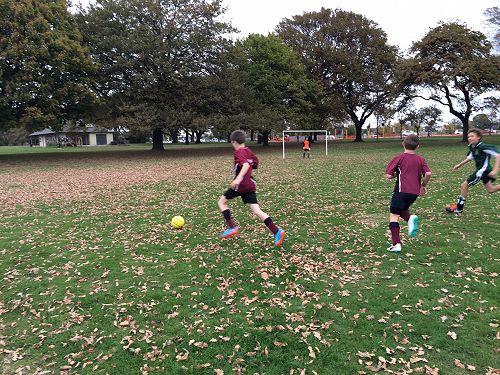 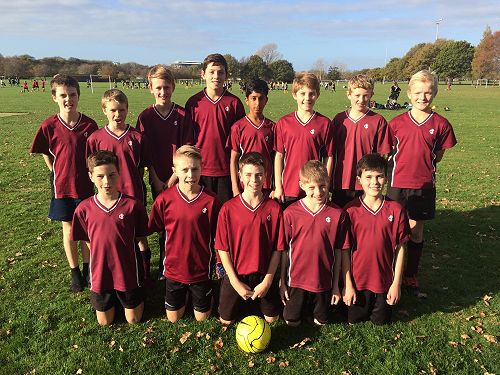