On Sunday 24th of November there was a fair to Celebrate Bishopdale held at Bishopdale Park.

The Casebrook rock and pop bands went down to the Celebrate Bishopdale to perform in front of a large crowd. The pop and rock band both played two songs each. The pop band played ‘Counting Stars’ by One Republic and ‘Stitches’ by Shawn Mendes. The rock band played ‘Come Together’ by The Beatles and ‘Sunshine of your Love’ by Cream.

Each week the pop and rock band have one practice during either lunch or morning tea time. Most people in a band also do individual lessons at some stage during the week. 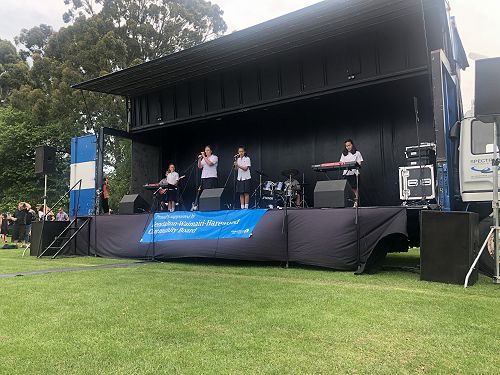