Legendary Sports Stars in the Making!

Here at Casebrook Intermediate we pride ourselves in the wide variety of sports groups that go to Hagley every Tuesday to represent our school in the selected sports of Rugby, Netball, Hockey, Boys Football, Girls Football and Rugby League.

We have gathered some information from team members and a brief run-down on how each sports team is going:

Ashton Lay (Boys football) "We’re off to a rough start. We drew one game but have lost all our other games. “

Holly Ellis (Girls football) ”We have been doing pretty well and we are getting better but there is still room for improvement.”

Ben Donaldson (Rugby) ” We could be doing a bit better and definitely have room to improve but I know that we do have the potential to win the competition.”

Alex Mussen (Hockey) "Our team has won 1 and lost 2 games but we are improving."

Tony Setu (Rugby League) ”I love playing for the team. We are off to a pretty bad start but I think we can change that and win some games."

Trinity Mackley-Flutey (Netball) "Casebrook Netball A team has won one, drawn one and lost one game. This team is playing in the A grade competition. There is a lot of ability amongst players and the potential to improve skills even further." 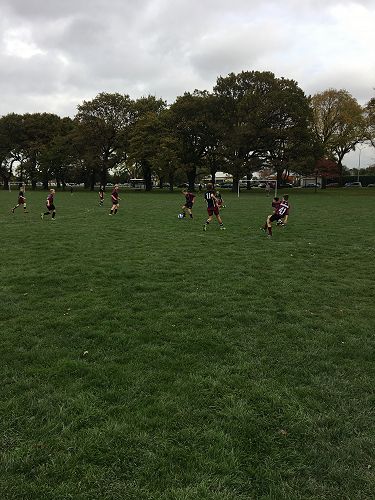