On Tuesday the 22 of August, the Casebrook rugby 7s team arrived at Nunweek Park for the yearly tournament.

Excitement levels were high, the team was shocked to see the fields covered in a heavy frost.

After the frost had thawed the field revealed itself to be a muddy bog.  We played five games throughout the day and came an honourable 5th place.

The team showed R.E.P throughout the day.  We especially persevered when we came up against the eventual winners St Thomas A.  Mr Leys commented "If I was in their team, I would be the smallest player".

A great day out!. 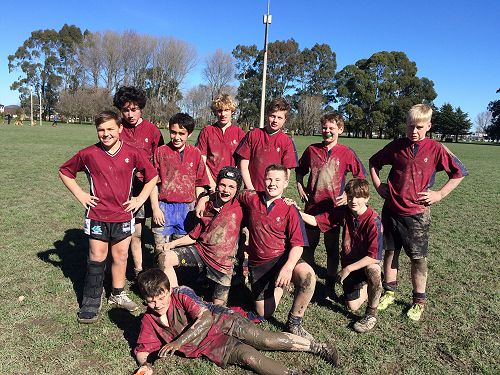