Riley Sutcliffe, Room 4, performed in the 'Christchurch Gangshow 2015' over the school holidays.

Warming the crowd up with an early individual piece dressed as an old man climbing a fence generated laughter in all shows, which ran over a week.

Riley also took part in other skits and group performances with the ‘gang’ of Scouts and Guides of all ages.

Auditioning took place earlier in the year (as a deal with his mum for time on a gaming platform over winter) and the rehearsals were held every Sunday for six months and included two full-weekend rehearsal camp. 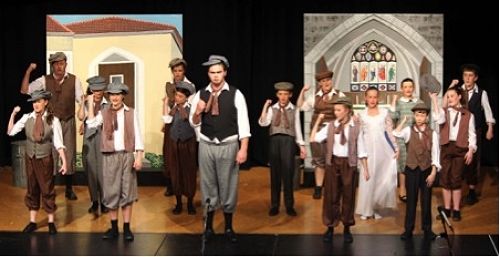