On the last week of Term One my Dad and I traveled to Invercargill for the National Sprint Championship for karting. My goal for the meeting was to finish in the top 10.

I started by qualifying all the way down the pack at 18th out of 20 as I found it hard to find speed in the wet conditions.  Even with this less than ideal start I knew I could reel in the front pack.

I started the first heat and raced through the pack but with the rules I still had to start off 18th again.  But as long as I could finish around the same place I could start the pre-final further up the field, which was exactly what I did.

After starting off 9th for the pre-final I finished in 11th due to sliding off the track for a second so 11th would be my starting position for the final.

The final is the only race that really mattered.  Wherever I finished would be my result for the whole event.  Heading out the gate for the final I began putting all my focus on the track.  Throughout the race I pushed through the field, eventually finishing 9th.  However, the kart that was in front of me was given a 10 second penalty and someone else got ‘teched out’ meaning there was something outside the rules on their kart.  So that meant that my final position would be 7th so I had met my goal.

For videos of nationals and many other karting races visit my youtube channel focused on karting: https://www.youtube.com/channel/UCFA-F6jSE9-eYA5vdLLlqDw 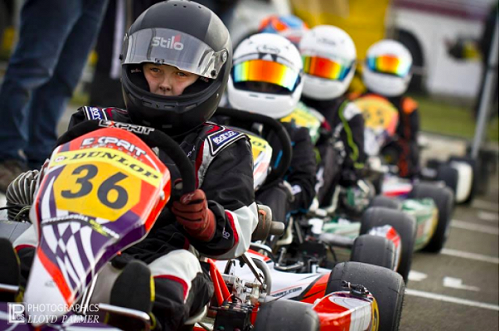