On 22nd of August, 13 people from Casebrook Intermediate went to Nunweek Park for a hockey tournament.

We came 4th out of six schools. Everybody showed great REP on and off the field.

Here are the five teams we played and the scores:

Jamie Veitch (the goalkeeper) said “it was a tough tournament and we played our best. I hope our coach, Miss Kennedy is really proud of our team.” 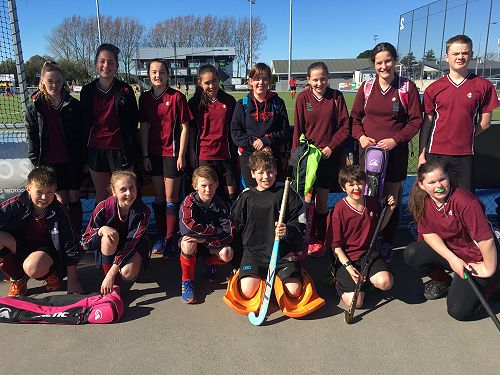